For those who want to be a singer you will want to seek professional vocal lessons. A good vocal teacher can guide and teach you everything you need to know to be a great singer, including vocal scales or also known as singing scales. Scales are the different ranges of pitches a person can produce with their voice. Arizona Studio-Online Performing Arts would like to share more about the basics of vocal scales and why they are so important to understand and master.

What are the Vocal Scales in Singing?

There is a lot more to singing then following words along with music. There are many techniques and practices which improve singing quality. Just like learning to play the piano or other instrument, you must learn about scales. Scales are a group of pitches of sound, scales can be created by an instrument or by a person’s voice. One of the classic singing scale exercises is the solfege syllables vowels which is Do-Re-Mi-Fa-Sol-La-Ti-Do. It is a common exercise to hum the vowels first to warm up the vocal cords and then later sing them as a warm up for the voice.

The scales are the tonal basis of singing and music. As a singer it is important to practice all of the scales. Warming up the voice before singing is important. Just like a professional runner, they will stretch and do a warm up lap to get the muscles loose and prepared for an intense run. Afterward they will stretch and cool down the muscles to keep them healthy. Singing or vocal teachers agree that practicing the scale is vital and contains a number of benefits such as:
• Expand your Vocal Range
• Improve your Singing Ear
• Polish Tones
• Develop Perfect Pitch and Intonation
• Develop Better Understanding of Music Theory
• Improve Breath Control

What are the 5 Major Scales?

Major Scale – Two things define Major Scales: one there are 8 notes with the last note repeating the first of those 8 but one octave higher. The second is the theory side of the music. Major scale is defined by a tonal combination of half and whole notes.
Minor Scales – Minor scales are slightly more complex than Major scales. There are the same number of notes (8). However it has three different tonal combinations. Minor scale tonal combination consists of Natural Minor scale, Harmonic Minor scale, and Melodic Minor scale.
Chromatic Scales – One of the most challenging scales is the Chromatic scales. Where most scales consist of 8 notes, the Chromatic scale consists of 12 notes. They will also ascend and descend at the rate of semitone or half notes.
Whole Tone Scales – Whole-tone scales only have 6 notes and each note is a whole note apart. Whole-tone scale provides a blurred or eerie sound to the music and can be a challenge to learn.
Pentatonic Scales – One of the simplest and oldest scales is the pentatonic scale which has been around for 50,000 years! This scale consist of 5 notes which can be seen in the 4th through 7th note of the Major scales. Most people will start by learning the pentatonic scale.

As a singer, make sure to know and practice your vocal scales and work at mastering them. For quality singing and or piano lessons, contact Arizona Studio-Online Performing Arts today. 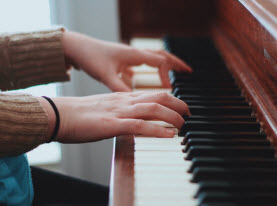 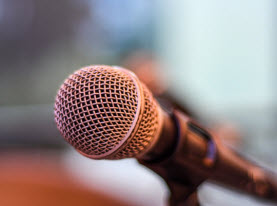 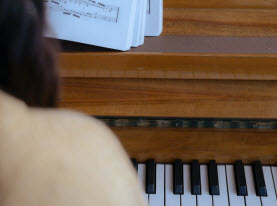 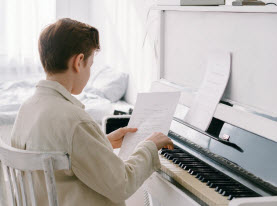